When you book with an account, you will be able to track your payment status, track the confirmation and you can also rate the tour after you finished the tour.
Sign Up
1857
DetailMapReviews

Our York day trip starts at York’s magnificent 19th-century train station, and from there we make our way towards the walled city. Whilst not much remains of the original Roman walls, the refurbished sections let us stroll in safety whilst enjoying a privileged view.

Once inside the walls we cross the River Ouse, then enter the Museum gardens, giving us the chance to look around St Mary’s Abbey. Historically this grand building was a very rich monastery, originally built in the 11th century home to the Benedictine Monks, it was dissolved in the 16th century. Only a few walls remain, however you can still see the Abbots house and its various styles owing to years of change. Maybe your guide can point out the window belonging to the room where Henry VIII stayed!

Continuing the York walking tour through the city we pass the Jorvik centre, home to one of the most famous discoveries in modern archaeology. Your guide will explain how the Vikings first came to York, using its location on the rivers Ouse and Foss to establish a prosperous trading port.

As if by magic we get to the start of The Shambles, the medieval shopping street. Even though none of Harry Potter was filmed here, you can just imagine walking down Diagon Alley, now’s your chance to pick up a wand or broom! If you have children in your group they might catch a glimpse of one the many sculpted cats lurking here and all over the city.

Like many other towns and cities York also has a castle. Built in the traditional method as a motte and bailey castle by the Normans, it hides some particularly disturbing history about the Jewish community in the 12th century. Only Clifford’s tower is intact today and is open to climb for stunning views of the city.

York has always been a centre of commerce, early residents in need of a venue for charity, worship and business commissioned the construction of the Merchant Adventurers Hall. Originally built in the 14th century, it has undergone several changes over the years but remains in use to this day. This beautiful building is widely regarded as one of the best preserved medieval guildhalls in the world.

Like something from a fairytale, we wind our way through the quirky little alleyways. Stick with your guide and mind your head, you won’t have to worry about getting lost. Eventually, we approach the magnificent structure of York Minster, the largest Gothic Cathedral north of the Alps. With your guide, you will explore both the past and the present of this grand building.

Pausing during the tour there’s plenty of opportunities to admire the architecture, stained glass windows, contemporary art and much more. We stay just over an hour at Minster before finishing our tour. Your guide will help with any necessary information and suggestions to make the most of your stay whilst in York.

For more city tours, check out our London Day Tour or the Tour of Edinburgh we have available to discover these great cities’ rich history.

York Railway Station, Station Rd, York YO24 1AB. If you are staying in a city centre hotel our guide can meet you there, subject to confirmation.

Tour departs from the covered entrance section of York Railway Station, adjacent to Station Road. Your Guide will be holding a sign with the lead customers name.

sknipfel
Verified review
Fantastic! Marina was superb. I took this tour with my husband and three sons (20,18.17). Loved that we had a small group and could ask questions. Note this tours doesn't include skip the line tickets. We ended up seeing the crown jewels at the end of the day to avoid the ridiculously long line.

kimberlyk615G
Verified review
Best Tour of London Tower Denisa gave us an amazing tour of London Tower. She was knowledgeable and provided a wonderfully historical tour, holding the attention of a 14 and 15 year old. Denisa is top notch. Try and secure her when you book any tour! Loved hearing about the history of the ravens and, of course, the palace intrigue.

shannonsmoyer
Verified review
Great Tour! Sarah was amazing and gave us a great introduction to York! We only had a few days to spend there and this was a wonderful way to make a list of the places we wanted to visit. Highly recommend!

E C
Verified review
Private tour Our tour guide Marina was wonderful! She did a great job keeping our 13 year olds engaged the whole time. We all learned a lot and had a great afternoon!

C C
Verified review
Wonderful Tour! Kids learned so much! I have never had a tour in a museum before, but wow. I will definitely do it again! Our guide explained the history and folklore behind the paintings. It was like a friend taking you to her favorite places. Our children age 9 and 11 were able to remember what paintings we saw and why they were important. 10/10 would definitely recommend!

gigibites
Verified review
LOVE Denisa! We had a group with 6 kids and she was absolutely incredible! Very informative and extremely engaging with the children! We did a trip to Paris with a “children specialist” tour and she was just as good if not better!! It felt like we were hanging out with a local friend from the first minute we met her. We recommend her highly and we hope to book again with her in the future!

87joyk
Verified review
Private walking tour of London and private tour of Tower of London Our family of four took two tours on two different days with Denisa. We took a walking tour of London as well as a tour of the Tower of London. We found her to be extremely friendly and knowledgeable. She had a wealth of information about everything that she showed us. She even knew smal details like the names of the ravens at the Tower! We would highly recommend any tour with Denisa!

M G
Verified review
Wonderful walk around... We had a great day with Denisa - we are a family with two relatively small children and we saw a lot of this wonderful city (Westminster, St. Pauls, Tower etc.). Everything was well prepared and with all this specific knowledge it is much easier to get around - very quick and to the point. Denisa knows a lot of the background and she made it very targeted to the kids. She gave us a few great tips on restaurants and other things to see by ourselves. Very recommendable !

Romingscots
Verified review
Brilliant London Visit Living at the other end of the country we don't visit too often, or know London very well, but Denisa made lots of very useful and practical suggestions and made sure that we fitted in everything that we were looking for. Her knowledge of the City is excellent, whether it is of the tourist haunts, the historical areas or shopping and eating. She even helped direct us to a great area to stay when visiting the City, which was handy for everything we wanted to do. On top of all that the 2 hour tour we did with her showed us St Paul's and beyond, including the Tower, an area we hadn't really seen before. Lots of information and a good pace with a friendly and very flexible approach. We would not hesitate in recommending her for anyone else visiting London, whether they think they know where they would like to go, or have no idea and we will be booking Denisa again for future visits. First class.

chrism12345342
Verified review
Tour of London I booked a tour with Denisa for my partner and I on a short trip to London. It is clear that she really knows a lot about many different historical and cultural aspects of the city. We spent 2 hours in the National Gallery looking at a number of paintings and were given a comprehensive tour of the highlights. Denisa also gave us a walking tour round some of the sights of the city. She was more than happy to adapt her tour to our interests and the small amount of time we had. Would highly recommend her for your trip to London.
Read More 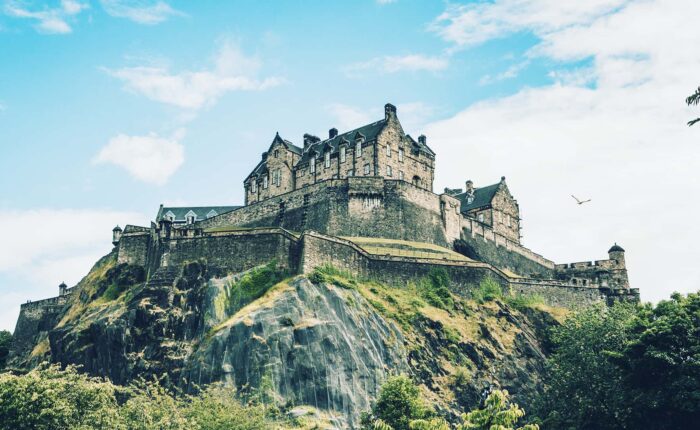